They took me to the vet again! And not only me, but my poop also. Definitely our humans have no limits regarding the ways they can embarrass me… Again, the human male was the one taking me, but the human female was the one orchestrating everything, so I swear I’ll stop talking with her for a while.

So, around 15:00h the human male searched among my poop and picked two or three. That was weird… After 20 minutes, he came back, woke me up and put me in the transport box. The vet is not far and the human chose to walk. Have you ever been in a small plastic box hanging in the hand of a human servant while cars were passing by? Not fun at all!

When we arrived in the waiting room, the human remembered I am little and skittish and opened my box and petted me a little. I got some courage and got up on the box to look around. There was a bird with a broken finger… And then a big dog arrived and I thought it would be better to hide, so I went back in the box.

Around 16:00h I got in to the doctor’s cabinet. Seeing him for the second time in two months was for sure not a pleasure! And this feeling got worst when he started his routine. This time he really paid attention to my humans’ demands and checked everything: nose, ears, teeth, butt… But the worst part was when he started palpating me to check my internal organs. Man, don’t you see how small I am?! And haven’t you noticed the huge hands you have?! I was weeking from the bottom of my lungs.

That was not all! He took my poop (My poop!!!) and started to analyse it. I was so ashamed! I think I even blushed, but thanks to all gods that I have black fur and no one noticed. I could have told him from the beginning that I have nothing weird in my poop, it’s lose because I do not like chewing hay. Human, have you heard me?! I do not like hay! I want fresh grass! (I still need to develop my manipulative skills…)

The verdict was clear: nothing in my poop, just some stubbornness. And a fungus on my skin that requires treatment, but nothing very bad. So now I’m back to sucking things from a syringe. And, as you can see, I am upset! 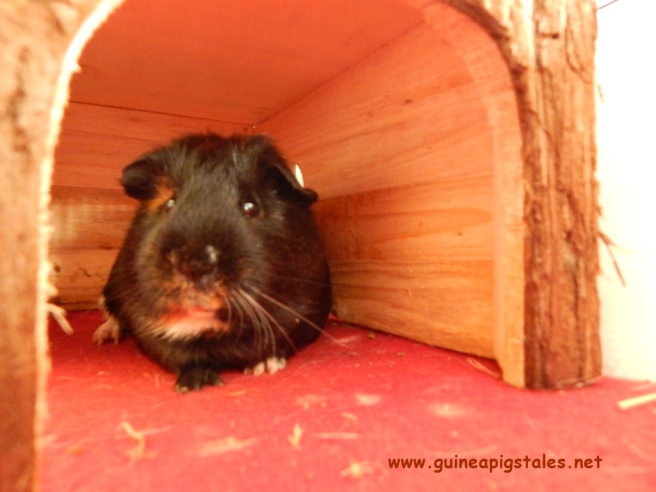