For once our human female did something foolish, but deign of what we are. Finally she understands we are unique, the masters of her life and her reason to be. Although she won’t ever admit it… But I think she got it that she is there to worship us. And I say this because of her latest feat.

So, she found out on Facebook that one of her buddies was doing dolls from felt. Usually owls and foxes to be put on pillow cases, but an idea rang in my human’s brain. But not only this fried of her does this, but half of her gain goes to an humanitarian cause back in Romania: the lady is helping a little girl with money that can sustain her surgeries and hospitalisation in Germany. And our human took no time to order four dolls deciding they will go to our godparents as a gift, especially that two of them are 6 years old kids. The other two are over 30, but I think they can still use a doll from time to time.

The dolls arrived before the human female left for Mallorca, but as she took the camera with her, we had no possibility to take pictures. We particularly don’t like the very fancy phone of our human male because it has a black cover that flips and flutters and scares us to death. OK, not really to death, but at least to freeze.

When we first saw the dolls, we really thought we should call a shrink for her. But we told ourselves that we could analyse them and after a while we realized it was a fine idea. I mean now we are immortals. Those dolls will exist long after we will be gone (sad, but true) and the kids will play with them and remember us.

So, check our stand-ins. I think we may even go out in town and leave the dolls at home, the humans would not realize the difference. The even have whiskers. 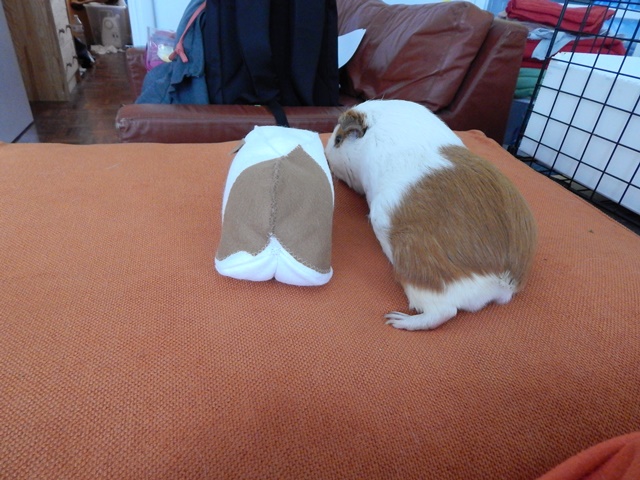 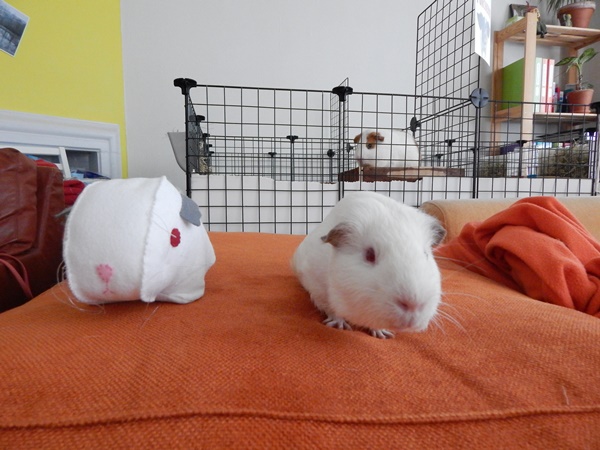 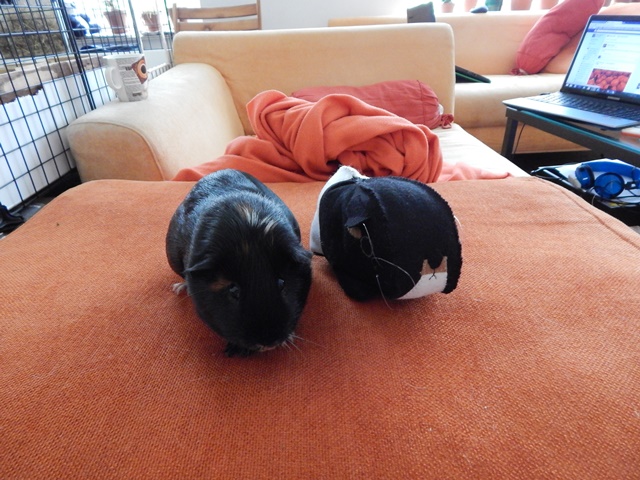 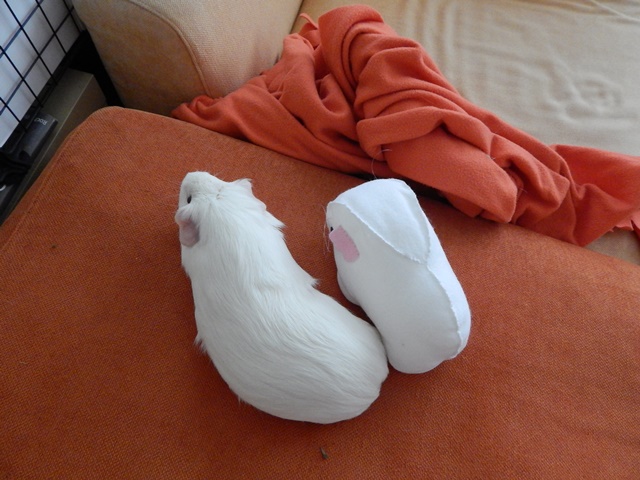