From time to time I get to spend some time on the couch while the human female changes the bedding in my room. Usually I just freeze: although she is busy with my pen, I still fear she can turn and eat me. But recently I’ve told myself to give it a try and explore the couch a little bit.

Usually the couch is not a very interesting place to be on… I mean what can you find there?! A pillow… But, sometimes, the human male abandons his laptop with the lap support. And last time it was there. We already told you that we prefer the human female’s laptop, but this one looked interesting also. At least an attempt to communicate with it was necessary.

Now, a human would think that in order to communicate with a device, the last one must be turned on and opened. But we, the superior living beings in the house, know that this is not really the case. One can communicate with a machine easily using his or her brain. Isn’t it?! I mean, just look at me! 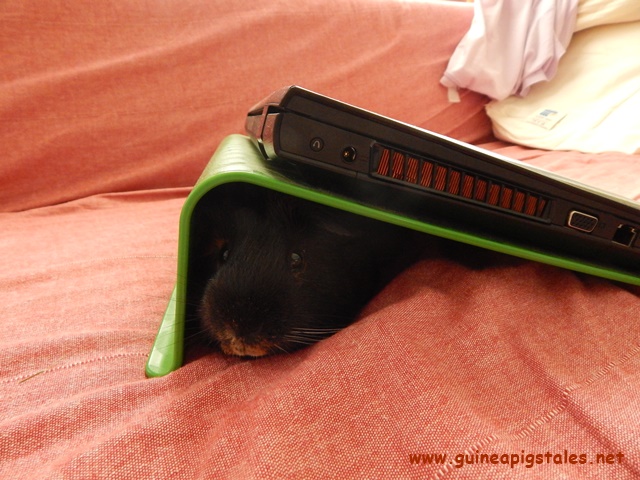 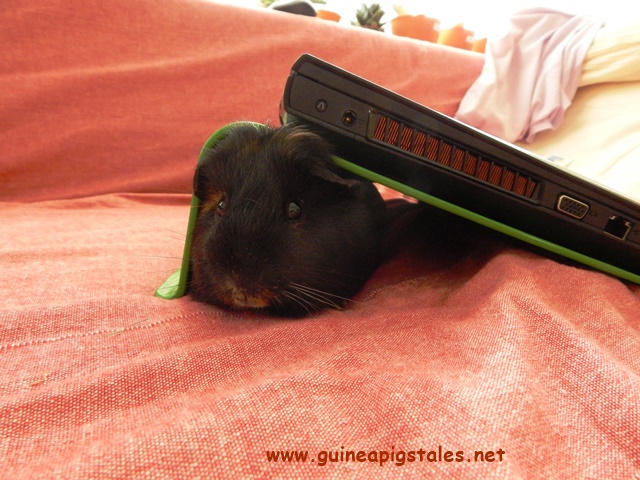 OK, I know, I’m not fooling anyone: I was just hiding around and exploring the tunnel. The laptop was very stubborn and refused to talk to me. Even though I’ve took it on my back and walked with threatening to throw it from the couch…

What do you do for fun?