When it was only I and Spock and we were living in the other apartment, I used to get in to the main bedroom quite often. The hf was taking me in the bed and cuddling me far away from Spock’s scent and presence. If we were sitting on the couch, I would just try to get to Spock and wouldn’t enjoy the human’s attention.

Since we are four, she has to divide her attention. But I still get to cuddle with her. And she understood I don’t like to feel another piggy scent on her, so, at some point, she used to have a T-shirt especially for me. After we moved, the house got bigger and the places where we could be just the two of us multiplied. Sometimes she just grabs me and I get to walk all over the house in her arms.

But, last week-end the hm took me to the main bedroom and dropped me in to her arms. (She was still being lazy in bed.) And I’ve got to cuddle in the duvet. 😀  Just look how cute I am! 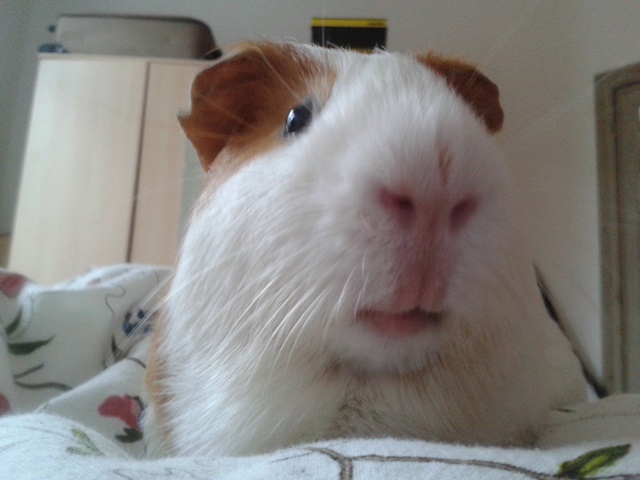 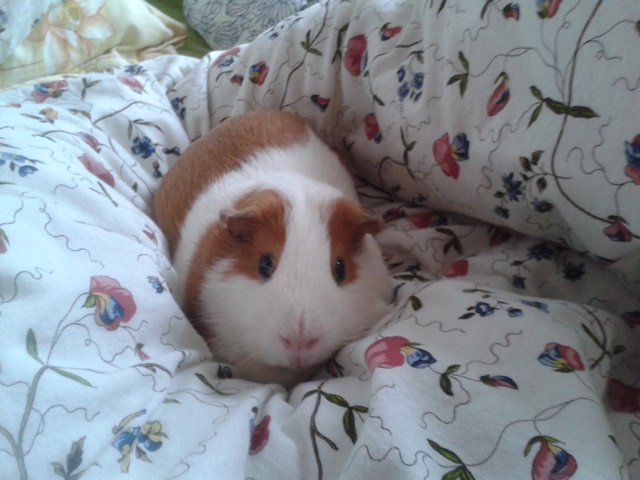 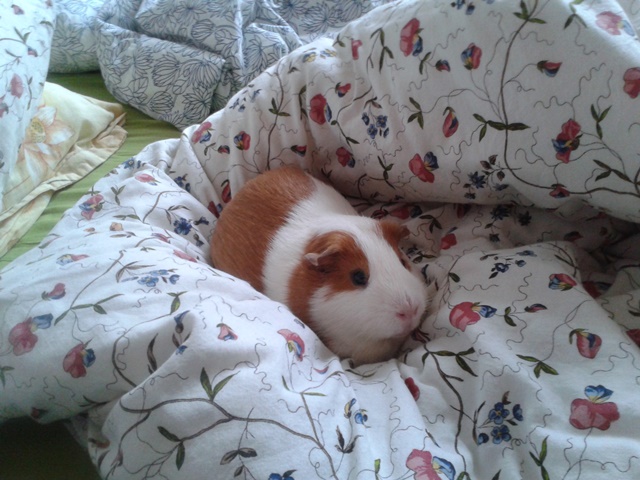