I don’t know if you are aware, but our home city Brussels (Belgium) is under terrorist threat. Due to this the city was locked down for four days and partially it still is.

Of course our humans went a little bit crazy. First thing was that the hf female came to us and told us very clear to stay away from the windows facing the street. I looked at her like she was possessed or something… Really?! Do I look like a cat that looses her time on the window sill all day long?! No, of course not!

The real scary part was the possibility to have all the supermarkets closed. Only the thought of not having fresh veggies for few days gave cold sweats. But apparently they took the chance an opened so finally the humans managed to buy fresh food.

The funny part in all this madness was the social media. After people posted photos of the agents in action all over Internet (at some point there was a photo of policemen on a roof trying to bust a potential terrorist) and giving clues in real time about their movements, finally on Sunday the Police asked for radio silence. Suddenly the humans realized that they were feeding info to the enemy and decided to bury that. So social media was flooded in irrelevant photos of cats published under the hashtag #BrusselsLockdown. And we contributed with the following photo: 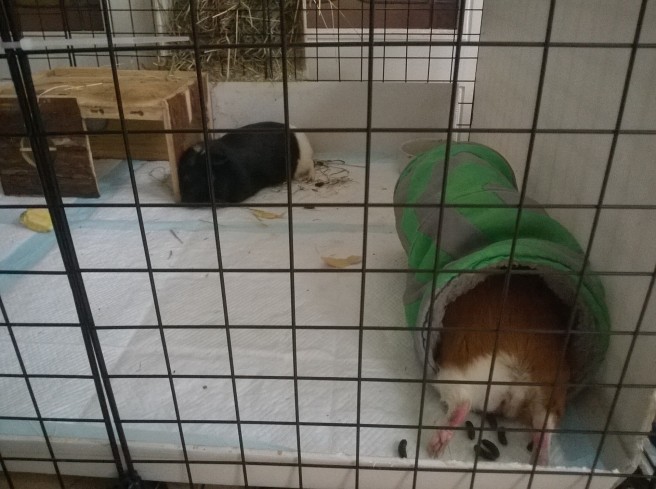 Now please excuse me but I need to go and get some rest. Reading news about terrorists makes me tired, but it is even worst when our personal little terrorist (I mean the little human) stays at home four days in a row!